Behind the Scenes with A111

Ridiculously Remarkable Support is one of Meetingmax’s promises and when the opportunity arises to be able to support a client at an event and not just from a technical event housing aspect we jump at it!

Meetingmax employees are part of the tribe because they have core values that mirror those of the company’s core values (of course they have great skills in their field too!).

Katherine, MMX Marketing Manager, truly has a passion for people and wanted to use this to further support the A111 team with their event that took place in Vancouver, September 2018.

A diverse group of volunteers met with the A111 team and the organizing committee of the 11th World Congress for Microcirculation a day before the delegates were expected to descend upon a wet Vancouver. The volunteers consisted of local retirees, lab tech students, friends and family of the organizing scientists, friends of A111, and a Meetingmax team member. This group contributed different backgrounds, an interesting range of ages, and multiple languages. In retrospect, this particular group of volunteers and the A111 team were a great mix of characters that reflected the diversity of the event attendees.

To ease the initial awkward moments of a group of unfamiliar people coming together, A111 Director Adriana took the lead, told the volunteers there is no such thing as a stupid question, only stupid answers! And so the orientation began to kick off the 5 days of the event that followed. 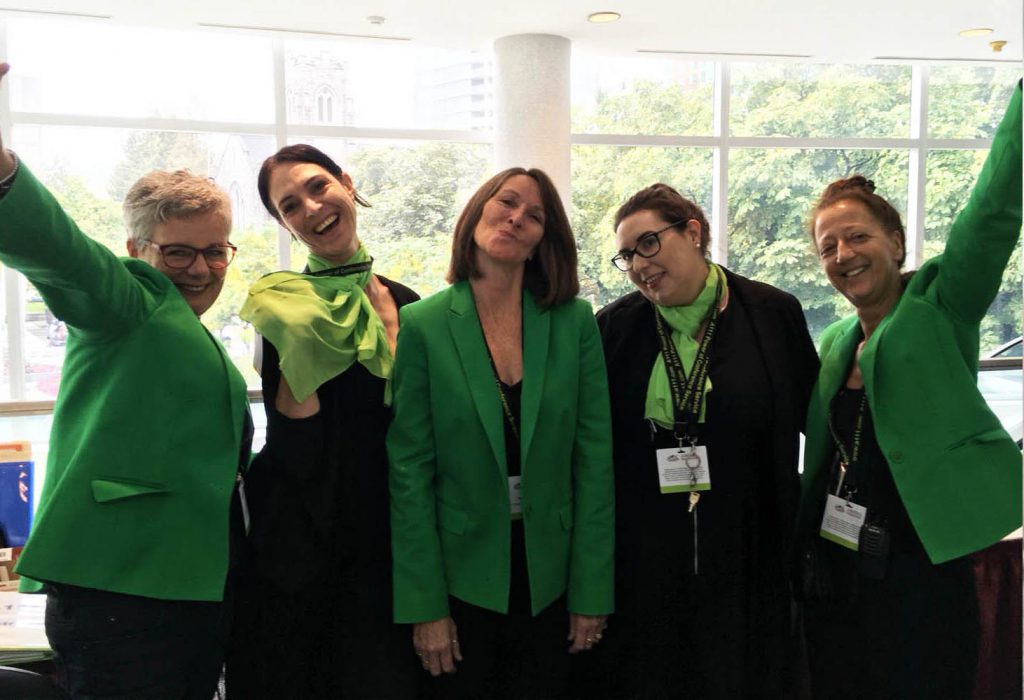 ‘From the moment we (the volunteers) met with the team and organizing committee it was clear that communication was going to be key to a successful event. After we all introduced ourselves and why we were there to help we were immediately given a full rundown of the expectations for the event as a whole and our individual volunteer roles. The microcirculatory organizing committee highly praised A111 on their fierce organization and impressive communication skills right from the initial stages of the event process’, Katherine reflects, ‘I knew right then that this was going to be a well organized and successful event’.

Here are a few more takeaways that proved to be integral to the success of this event:

A111 thought of every possible scenario that could cause hiccups at the event. They had strategic processes in place to ensure any issues would be handled with ease and leave little if any impact on the attendees. Each team member was responsible for a specific aspect of the event and their assigned volunteers yet they all knew each other’s tasks and movements. The continuous communication, facilitated by a walkie-talkie system, allowed the group to speedily react to any issues and handle them as per previously discussed strategies.

Forming a strong relationship with hotel event staff especially the tech support team goes a long way. A111 expressed their support needs accurately and ensured that communication was open and respectful from day one. In turn, the hotel support team went out of their way to facilitate any requests and did so with smiles on their faces. Their efforts and organization did not go unnoticed by both the A111 team and the attendees!

It was not just the Sheraton’s tech team that went above and beyond but the catering team too. The nutrition breaks seemed to be flawless as the catering team set up and cleared away without even being noticed. The catering staff made sure that the volunteers too got to benefit from the wholesome fare.

It became apparent that speaking to the attendees in a manner that they fully understood meant less confusion and less opposition related to rules and policies. This international conference brought highly intelligent scientists and their peers from all over the world and with this a wide variety of languages and accents too. The best possible way to communicate with this specific audience was to avoid urban language and stick to concise instructions to avoid confusion. That didn’t mean that jokes and casual language were tabooed it just meant being more precise and less chatty. After all, the delegates were there to attend a conference and relate to their peers and not have random conversations with event staff!

The 11th World Congress for Microcirculation took place over 4 days occupying 6 event rooms each hosting 2 morning sessions, lunch workshops, the welcome reception, society awards, and closing gala dinner. That’s a total of 140 speakers each with a minimum of 20 mins presentation time. A111 organized a central point called the Speaker Ready Room, where all of the attending speakers were obliged to upload their presentations prior to the conference. This was communicated with all speakers way in advance and no alternatives would be offered. The team was strict about this to avoid any compatibility glitches with presentations. Not only were there few tech issues but this also meant that the expected tight schedule was kept with interruptions between speakers. The audience was able to engage with the speakers while the room monitors queued the next presentation.

It has been theorized that healthy teens and adults have a 10 – 20 minute attention span. Keeping all attendees attentive when there are so many sessions to attend is no easy feat. The local organizing committee had a well thought out structure of how they envisioned their event flow. Each day was cleverly designed keeping the learning sessions in the morning, maintaining limited access to the lunch workshops, and using the afternoons for a chance to move around the exhibits and poster competition. Also, attendees were invited to participate in a scavenger hunt that compelled movement from booth to booth in the exhibitor hall. A111 managed all the logistics to ensure their vision became reality. It was also noted that the speakers with experience would stop mid-presentation, share a funny anecdote or insert a random slide into their presentation to maintain audience engagement.

Almost 400 international scientists, highly respected doctors, students, and lab technicians came together at the Sheraton Wall Centre, Vancouver to share their knowledge and discoveries with each other. The event went off without any setbacks and the feedback from the attendees was nothing less than praise. One speaker commented that he had not experienced such a ‘spirit of collegiality’ at any of the other events. He also attributed this to the professional attitudes of the entire A111 team on site.

Meetingmax’s core purpose is about helping people find their tribes helping people to assemble in groups with a common purpose. Seeing this in action is inspiring to the Meetingmax team to continue to push the boundaries with event housing technology. ‘I had the opportunity to chat with Dr. Christopher G. Ellis, Ph.D. Professor and Graduate Chair, and organizing committee member as we welcomed the guests upon arrival. He commented, excitedly, It’s all about bringing people together! Connecting with peers, schoolmates, colleagues and reconnecting with those that have now become friends over the years,’ Katherine reminisces.

Now that’s what we call a successful event!